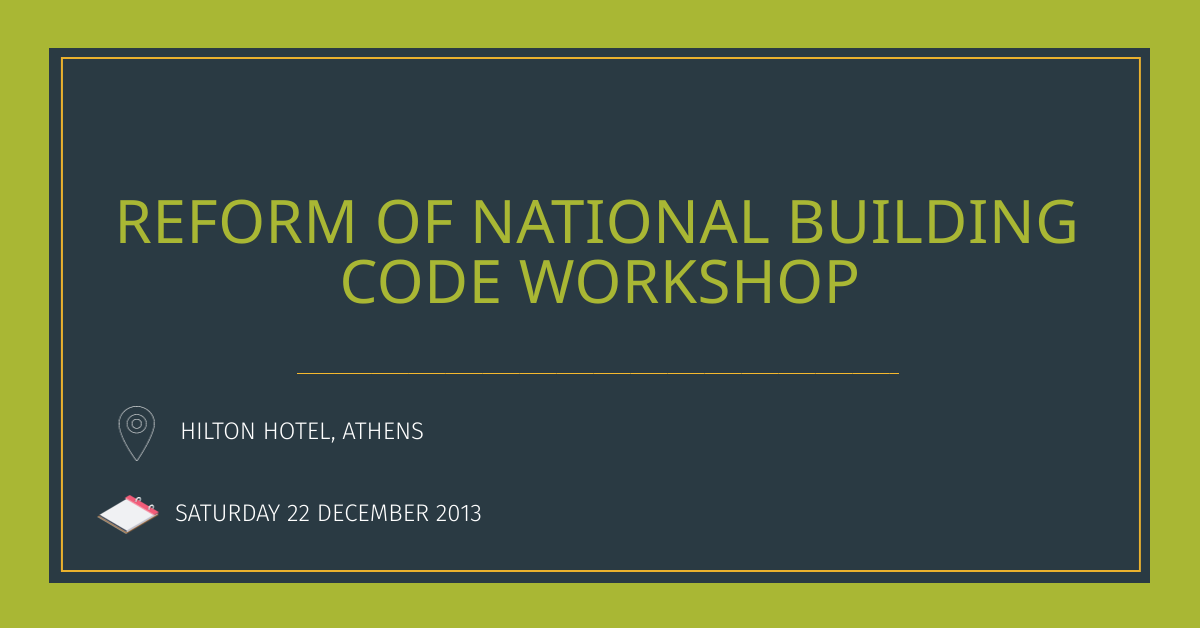 An information and discussion event, on the private initiative to finance the feasibility study of KENAK Best Requirements, will be organised by INZEB, within the framework of MONEY SHOW mutli conference, on December 22, 2013. This event will take place at Hilton Hotel, due to the long delay of Greece in the harmonisation of its institutional framework with the European legislation and specifically the obligation to submit a review study of KENAK. A delay for which Greece risks being in the European Court of Justice and with immediate consequence the market will not be able to access the credits and funds that will be allocated from 2014 for the energy upgrade of the EU building stock. As explained by Mr. Pantelis Pateniotis, General Manager of the Hellenic Association of Expanded Polystyrene Producers who also referred to the criticality of energy security in the EU. and the immediate requirement for Minimum or Almost Zero Energy Buildings, as well as in the existing legal framework defining the obligations of European Countries.

The decision of the market players involved in the energy upgrade of the buildings was announced at the event, which concerns the establishment of a scientific committee by the NTUA and the University of Patras, staffed by experienced scientists, in order to prepare a “Techno-economic Study to determine the best». This study will be financed by the market players and will be delivered free of charge to YPEKA, according to Mr. Ioannis Kontoulis, General Manager of Knauf Insulation.

The methodology of the study in accordance with the European regulation 244/2012, the relevant European directives and the European Standards concerning the energy saving in the buildings, was explained in detail by the assistant NTUA Professor Mr. Sotiris Karellas.

In the discussion that followed, it was mentioned that the respective studies that have already been submitted by the other European countries have been taken into account and it is estimated that the completeness of the study will be at the highest level.

The adaptability of the optimal price study system was also explained, the results of which will concern the climatic data of Greece as well as the morphology of the Greek reference buildings, taking into account elements of bioclimatic design of the buildings.

Finally, it was emphasised that the TEE has been asked in writing, to put under its auspices the whole effort and the YPEKA to participate with its representative in the study coordination group.